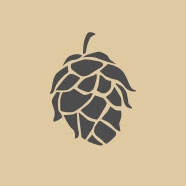 Even though David Hertl just received his master craftsman’s diploma as a brewer and maltster, he founded the Hertl Brewery in Thüngfeld-Schlüsselfeld, Oberfranken, over a year ago. According to him, it’s the smallest and newest brewery in the area. Also, the only one that has received a visit from a Japanese television program.

The word “craft” describes us pretty well since we do everything manually: we grind with a drilling machine, stir by hand, move the stainless steel tank in a self-made cooling room and fill with single-tube-fillers with three valves.  The beer labels are applied by hand, and we store the beer in wooden boxes that are nailed together by hand at Lebenshilfe (a German institution that supports those with intellectual disabilities). At the moment we’re brewing a pumpkin ale, which will be ready at the beginning of 2014. In addition, there’s a whisky bock beer, an IPA, a Doppelbock, and an Urbock, and soon there will be a chestnut brew.

The best part of this multifaceted profession is really working in the brewing process. You can live out your creative side and define nuances in taste that really affect the finished product.

I actually like every aspect of my job! Every single step is important, and no matter how hard I try, I can’t name anything I don’t enjoy doing. At the age of 15 I already knew without a doubt that I wanted to become a brewer. No compromises, no alternatives. Just a brewer and maltster. With my whole heart and soul. And now that I’ve achieved my master craftsman’s diploma in brewing, I’ll begin a beer sommelier program next year.

How do you sell your beer?

At the moment we exclusively market and sell directly from Thüngeld. Participants in beer events as well as beer lovers come to us to try and to buy. We have plans for our own website and to sell via our own online store. Expansion and a reorganization of our “Hertl Brewery” is a highly discussed topic in our family. Looking ahead, we’ll deliver to the a few restaurants and hotels, and we also want to slowly begin to include retail sales.

So where will all of this lead?

In the long run, our goal is to achieve about 600 hl of output per year in the next few years. But this requires a lot more planning and also some expansion and reconstruction, since we are trying to maintain our brand’s quality and character over the long term.