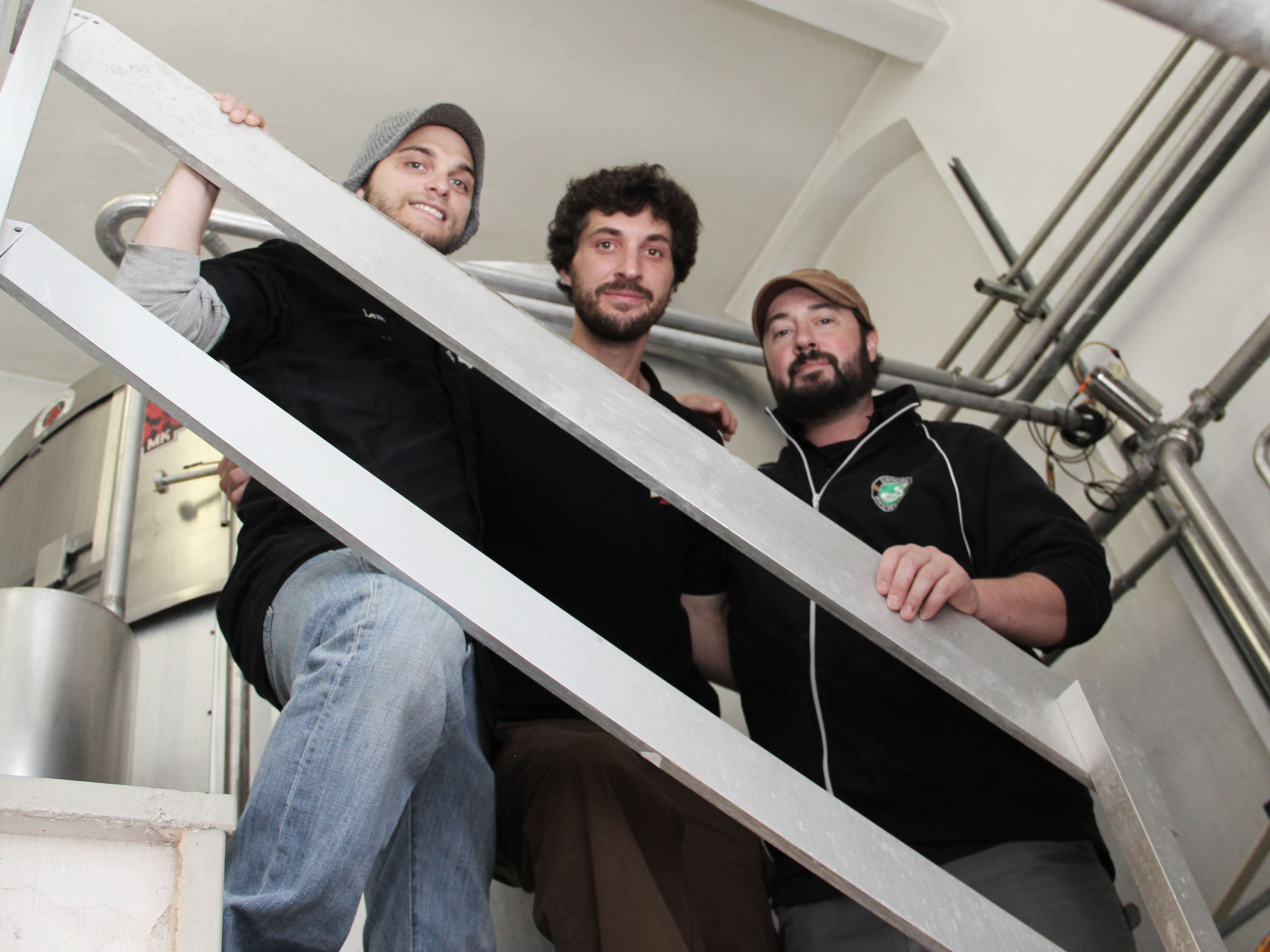 Maximilian Krieger from the Riedenburger Brewery and Brooklyn Brewery’s Garret Oliver created a cooperative craft beer together. The two most important ingredients: A hand-imported New York ale yeast and heaps of Bavarian “Gemütlichkeit” 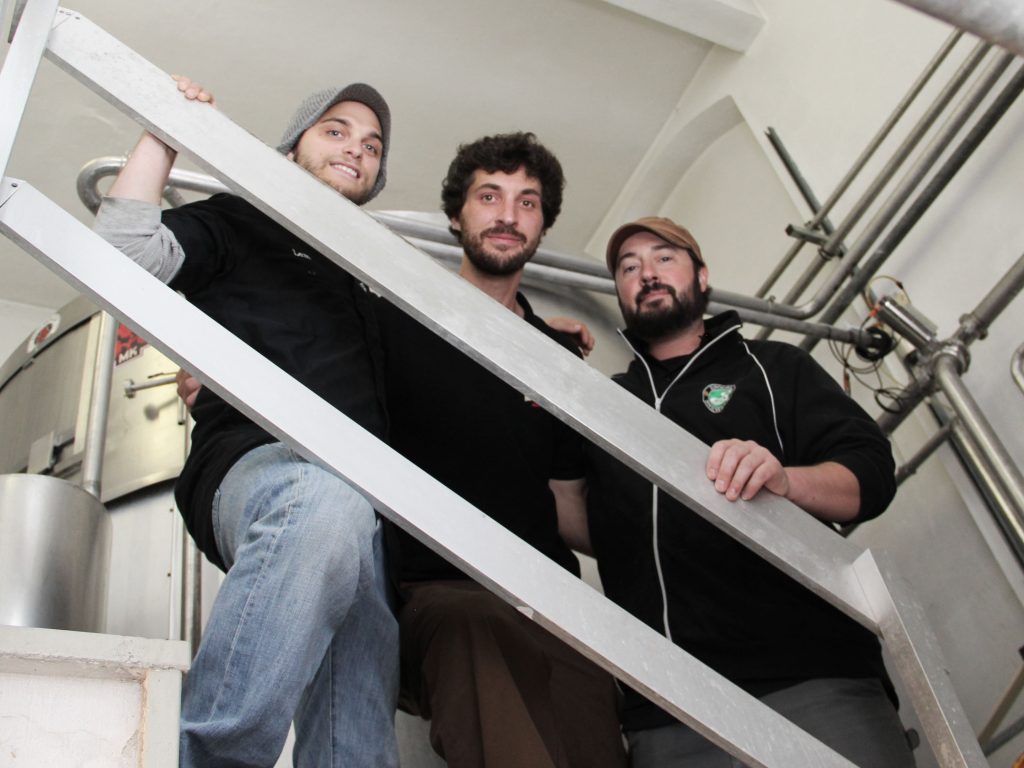 Bavarians claim not only to have invented beer (perhaps true), but also coziness itself (definitely true). Somehow it is easy to imagine that both originated somewhere in Bavaria, in an idyllic village with a small church, a river and its own marching band. A place exactly like Riedenburg in Altmühltal.

Beer and Gemütlichkeit belong together. Not from the consumer’s perspective, as that is all just marketing gibberish, but from the producer’s perspective. A certain Gemütlichkeit is a basic requirement for a brewer. First of all, brewing beer is a lengthy, and sometimes maybe even boring, matter. It requires a lot of waiting – waiting for the sugar to be dissolved from the malt, waiting for the brew to boil and then to cool back down. Second, the brewer needs to be comfortable with the fact that it might take him weeks to finally be able to feel the result in his hands (and on his taste buds). The final product: a beer, brewed to protection. Reaching perfect drinking maturity might take weeks, months, or even years!

An Apprenticeship in International Beer Brewing

Maybe it didn’t take years, but months for sure. And in the end it was even a few more weeks than originally estimated before Max Krieger was done with his current masterpiece. Well, it is quite a special beer, this collaboration brew that Krieger has brewed in his Riedenburger Brewery together with two brewers from Brooklyn Brewery. They used an American recipe, Bavarian malt, New York yeast and hops from both sides of the Atlantic. The result is a double IPA named “Boom”.

It was a cold and clammy September day when Tom Villa and Robert Lemery, lead brewer and cellarman of the Brooklyn Brewery, visited Riedenburg last year. They arrived jetlagged but curious to brew in an old facility. “In New York we use a lot of computers”, said Lemery while Max led him on a quick tour of the brewhouse’s control room. On the other hand: “It’s all science. Brewing beer is a chemical process which is the same no matter where in the world you are.”

Max agrees with this. Brewing – for sure, it’s theoretically always the same. But beer – there are worlds of difference. Max, the son of a farmer from Lower Bavaria, lived and worked in Italy for three years. That’s where he discovered beer from a new perspective. Back then in Amacord, close to Rimini, the whole craft beer thing had already started. “We brewed a lot of crazy stuff” he says. Thrilling and utterly crazy. When Max, together with his wife and kids, moved back to Altmühltahl about two years ago and decided to start working at his father’s brewery, he made his first attempt to brew something crazy. Out came the “Doldensud”, a “Bavarian India Pale Ale”. His father, Michael Krieger, was open-minded about the whole craft beer thing from the beginning.  As he said this, Max started to wonder whether he should be surprised by this. Maybe a little bit, but it was Michael Krieger who had earlier acted as a pioneer himself, trying out a few crazy things. Keep in mind, this happened in the quiet town of Riedenburg in Lower Bavaria. He was one of the first owners of a bio-brewery and specialized in the use of unusual types of grain early on. Old varieties. Einkorn wheat for instance. Or emmer, which is still the brewery’s best-seller.

During his time in Italy Max met Garret Oliver, the founder and CEO of Brooklyn Brewery. They brewed cooperative beers for the Italian and American market together. “Great things. One for example was brewed with honey, blackthorn, cherries and lots of other stuff”, reminisces Krieger. “At some point I told Garret that once I’m back home, we should do something like this in our Riedenburger Brewery.” It did take a while for this to happen, but does that really matter, looking at it with a brewer’s Gemütlichkeit?

Look what’s brewing! The specialists, some good hops and an excellent beer on its way. (Photos: NAK)

In a nearly universal brewers language (beer = Bier, malt = Malz, mashing in = einmaischen, “Weißwurstfrühstück” = Weißwurstwhat? [a traditional Bavarian style breakfast]), the occasionally taciturn Niederbayer [someone from the southern region of Bavarian] and the two guys from Brooklyn Brewery got along very well. Converting Fahrenheit to Celsius, gallons to liters, and pounds to kilograms was by far the biggest intercultural barrier. Oh, and of course that thing with the hops:

“So we need 20 kilograms of hops”, calculates Max.

Yeah right! That can’t mess with a true brewer’s Gemütlichkeit. 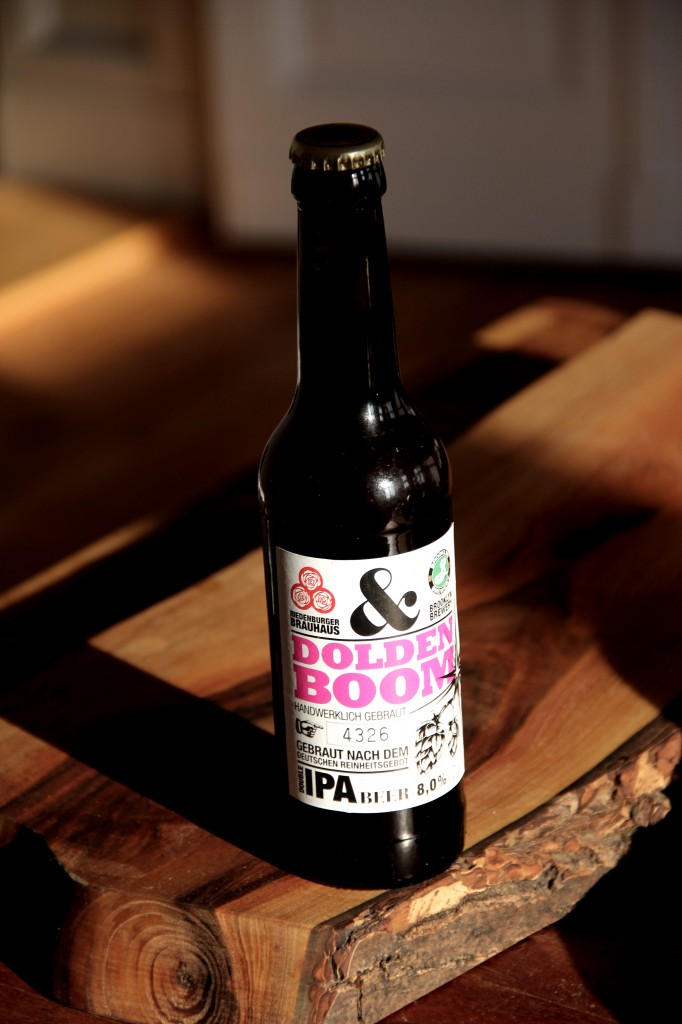