When Bavaria’s prime minister Edmund Stoiber was once maundering about “laptops and Lederhosen”, the head of Riegele Brewery understood, what he meant. A mix of tradition and modern ideas are story of Sebastian Priller-Riegele’s life. 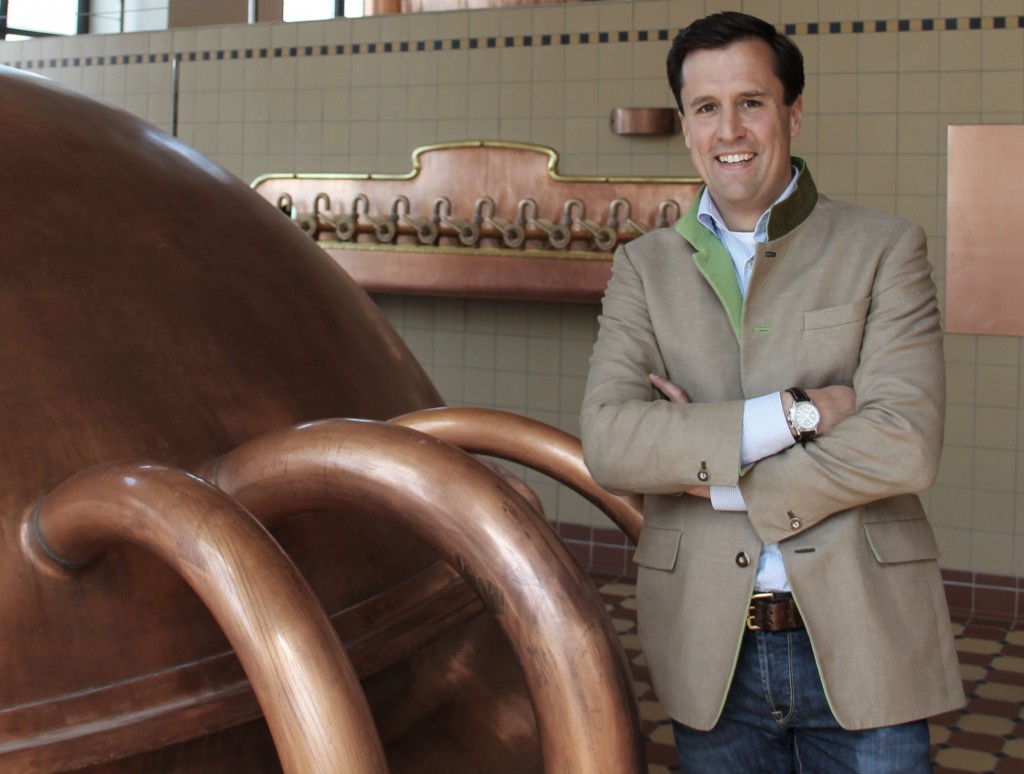 “Grüß Gott (a traditional Bavarian greeting). I’m a consultant, but I’m actually nice.” That’s how Sebastian Priller-Riegele introduced himself for five years. He worked for The Boston Consulting Group in Berlin for four years and in Munich for one. He actually never really wanted to be a consultant.  However, he says that every member of the Riegele family has to have some experience outside the family business and becoming a consultant was the most closely related job to his degree in business administration that he could find. “What do they say? Those who can’t do any better study business”, says Sebastian Priller-Riegele nonchalantly and starts laughing out loud. He’s got a few more nonchalant-to-laugh-out-loud one-liners in his pocket. The 38-year-old, janker-wearing, (trad. style jacket) happy father of two young daughters talks as fast and clear as the CEO of a medium-sized company.

Turning serious for a moment, he told us why he decided to take over the brewery’s management eight years ago. His father had already stopped expecting it, but: “At some point I realized, I’m becoming a better consultant but simultaneously a worse entrepreneur. And then I knew: I have to go home.”

The brewery has called Augsburg home since 1386 and been owned by the Riegele family since 1884. The brewery is located in the heart of the city, right by the main station. There’s a newly renovated “Wirtshaus” (a traditional German tavern) who’s neo-Bavarian look and it’s lounge-lightning-meets-large-antique-furniture doesn’t really do justice to the image of a Wirtshaus. Also, there is a well-kept beer garden attached. Above the entrance you see the phrase “Life here is beautiful”. A marketing slogan Priller-Riegele came up with when he first started here. And it is so: “I came here from BCG with the motto ‘half the pay but double the fun’” he says nonchalantly and laughs out loud, “but there wasn’t a second of doubt. Now I can finally follow my passion.”

The head of Riegele brewery loves giving tours around his brewery, But you’ve got to be quick to catch up with him. (photos: NAK)

And that is brewing beer. And selling beer. And doing both in a bit of a different way, a bit smarter, possibly better, than other 700-year-old traditional Bavarian breweries. For instance, Riegele plays in the in the craft beer league, but without using this word. Sebastian Priller-Riegele incessantly speaks of “brewing specialities” when talking about his beers.  In other words, craft beer. They brew in a “micro”, a small experimental and specialty brewhouse (in Riegle language called manufactory), which they equipped about ten years ago after father and son took a trip through the USA and visited 36 microbreweries to understand what they were doing.

When talking about the craft beer revolution, the Augsburger likes to speak of a “journey back to the product”. Yes, it might sound a little much, but it makes complete sense once the former BCG consultant explains what he means: “I have never understood why brewers keep talking so much about equipment, marketing and prices – but basically never about the product itself.” It sounds quite logical: let the beer do the talking.

At the moment Sebastian Priller-Riegele speaks two languages. On one hand he says things like “beer needs roots”.  But he also runs the only Bavarian brewery that has cascade hops growing up the exterior walls. At the newly-arranged shop in front of the Wirtshaus he sells specialities-boxes which include multi-page descriptions about consuming beer, describing everything from different varieties of hops to the perfect drinking temperature, along with a drinking goblet.  Meanwhile, in the late morning, the regulars’ tables inside the Wirtshaus are filled with groups of older men drinking “Commerzienrat Riegele”, a wheat beer style served by the half-liter. Just like it’s always been. The constantly moving second-in-command (who has lived in Berlin!) brewing beers named “Noctus 100” or “Dulcis 12” (modern junk!) isn’t afraid to scare those traditional groups away. Currently there are eight of these brew-specialities, with their fancy names, in their product range. But there are more coming: On a brewery tour the junior director proudly guides us through his cellar, where the first batch of special barrels and other unique things are being made.

“Good life around here” is the Riegele brewery’s slogan which Sebastian Priller-Riegele thought of. (Fotos: NAK)

However, both target groups are of equal importance to him, stresses Sebastian Priller-Riegele. Those groups being those who order Simcoe and Amarilla, as well as those who order “one beer, please”. It is interesting how the ideal laptop-and-Lederhosen Bavarian is separating these two types of beer in his mind but at the same time calls both of them “craft”: ”Whilst the traditional brewery states: even though the raw materials may vary a bit, I am always able to match our traditional taste thanks to my clever brewing abilities. But on the other side there are craft beers, or so called brewing specialities, as I refer to them: I adjust my beer to variable raw materials and also don’t claim my beers all taste the same. It’s like a winemaker’s philosophy, for whom the year of the wine is also important. This is my definition of craft: to take what the beer gives you.” 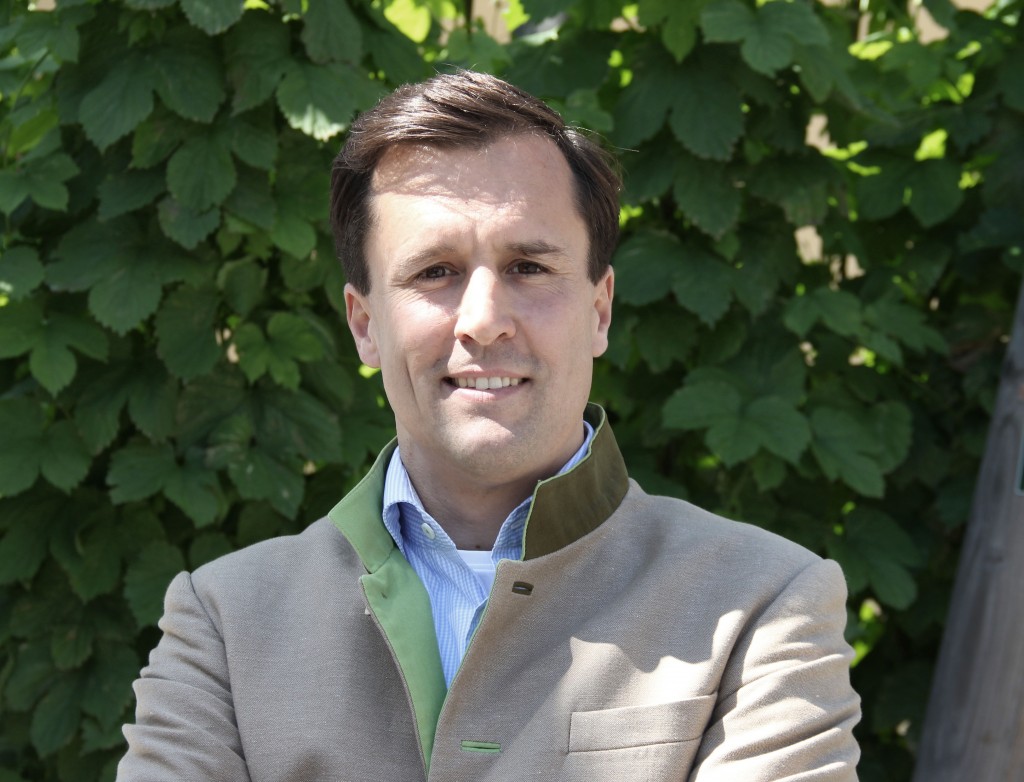 In front: The brewer. In behind: His very own, Bavarian Cascade hops. (Foto: NAK)

Berliner Weisse beer is for you if you enjoy a tart, sour, dry wheat beer with unique ties to Berlin’s...