The three American founders of Vagabund Brewery in Berlin were facing a serious shitstorm as well as German prejudice about American Beer (cans of dishwater) due to the German Reinheitsgebot. Then things changed. 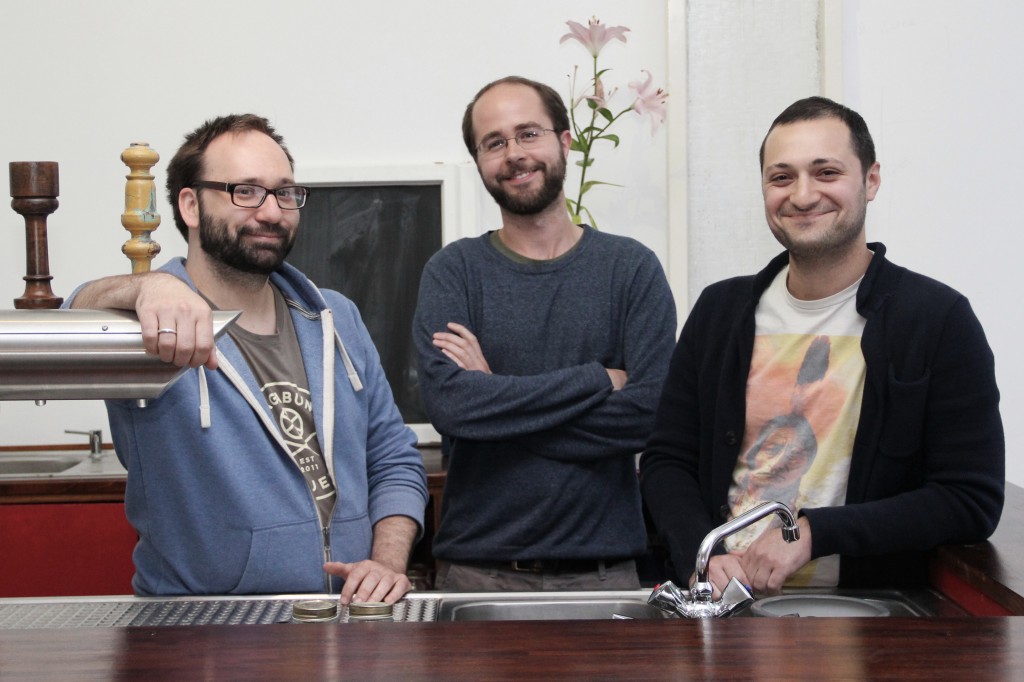 If the guys from Vagabund Brewery in Berlin-Wedding knew how successful their beer, the brewery and the taproom would have been and how much it all would have been accepted by the Germans, they would have probably started doing it way earlier. They would have quit their jobs as English teachers and kindergarten teachers earlier.  And they could have saved themselves a lot of headaches.

“We simply assumed that it wouldn’t be easy to start brewing American style beer, being American, here in Germany, the beer nation” says Tom Crozier from Maryland. “At times we even thought about not telling anyone that we were Americans” says Matt Walthall, also from Maryland. “At the beginning we focused completely on Berlin’s expats as we started to write our business plan. We saw our main target audience as all of the Americans in Berlin that know craft beer well. They are easy sells” recalls David Spengler from Buffalo, New York. 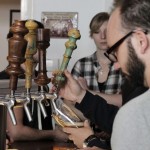 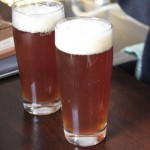 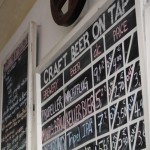 It has been nearly one year since the launch of Vagabund brewery in Berlin Wedding. It all started with a crazy idea. Together, the three Americans play in a band. Within the band everyone was complaining about not being able to get really good beers in Germany.  They were referring to the lack of really fruity tasting pale ales or bold, crisp seasonal brews, and instead only seeing the same old Pils, Helles and Weizenbier. This was the reason they started to brew their own beers at home. “The most complicated, but in a way entertaining, solution to our dilemma” says Crozier. None of the three had studied brewing; in fact two have degrees in history and one in journalism. There was a lot of googling involved, as well as flushing a batch down the toilet, but in the end they soon produced not only some decent beer, they also developed a plan to do this on a larger scale.

Fair funding: a beer subscription for a capital contribution

In April 2013 the three Berliners by choice started a crowdfunding campaign on Startnext. They needed seed capital in the amount of 20.000 euros to finance beer tanks, pumps, the tap system and so on. To start a “Kiezbrauerei”, a community supported brewery, they set a goal of gathering 30 or more investors that get to refill their growler, a one liter beer bottle, twice a month for a period of one year. There were even two exclusive lifelong memberships offered. The goals were achieved quicker than expected, and even though their focus was set on Americans in Berlin, Walthall says “we were really surprised: 90 percent of our investors are German.”

If the three Vagabunds could have only known this earlier, maybe they would not have been so cautious in the early stages. In a first interview about their undertaking they carefully tried to not step on the German beer drinker’s toes. “So it really isn’t that German beer is not good” started Tom Croizer. “No really, this is not about quality,” said Matt Walthall, supporting his fellow Vagabund. Finally, David Spengler assured: “There are many good beers in Germany. What is missing, is the variety.”

Back then the three stated that the brewery was supposed to be a secondary business alongside their day jobs. Brewing happened only once a week and they opened the taproom for three evenings a week, for which they rotated shifts. Well, if only they could have known what they know today. 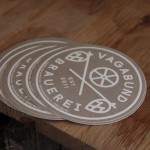 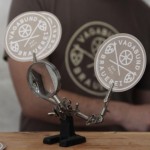 And try their beer when ever you find it. (photos: NAK)

It soon became clear that this was not enough. David Spengler quit his job in November of last year and started to take care of the Vagabund Brewery full time. He admits that it might sound weird, but brewing beer is “more fulfilling for the soul” than teaching English. The next to quit his job was Tom Croizer and Matt Walhall followed by recently quitting his job at a kindergarten. “I had mixed emotions” he admits, “I’ve done and enjoyed this for seven years”. He certainly will miss the children. “And now, when I say ‘I’m a brewer by profession’ it does feel a bit weird.”

On the other hand, dealing with boisterous and happy people that giggle a lot or seem to not stop talking and every now and then show some problems with motor skills is part of the beer business too. And beer business is doing well for the three Vagabunds. The taproom is open seven days a week and is especially packed on weekends. Quite often there are even more girls than boys and obviously the mixture of expats, locals, and stylish Berliners works just fine.

There is room for more within the Vagabund Brewery

From this point on the three brewers are looking into a bright and optimistic future. Finally they can brew more often than only on Mondays. Thus the Berlin craft beer scene’s running gag is over that the Vagabunds are the guys with the awesome beer which is always out, as if they were just a fata morgana. They just arrived and are already gone, every last drop drunk. Who knows, says Matt, without giving up too much information; maybe it won’t remain just the one brewpub.

Well, if we could only know now, what we will know later – indeed, we’d know a little bit more. 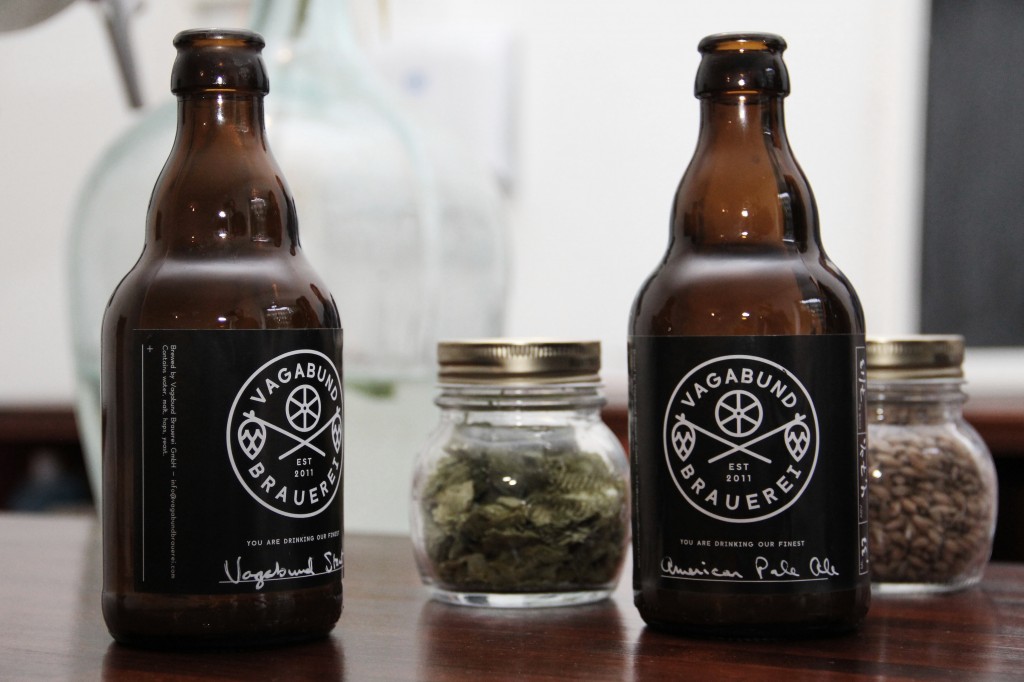 The Grodziskie beer is a unique, traditional style, once popular across Poland and northern Germany, recently extinct, but now taking...