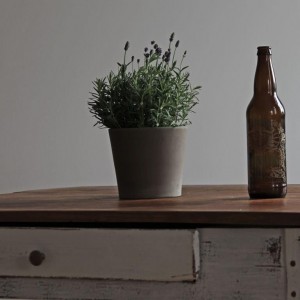 Who would have thought that Germany of all places would take so long to join the craft beer revolution. It didn’t start until 2012 and is still far from being big – but it feels as if it could be something really big.

There’s various reasons why we’re so slow, one being the ridiculous “Reinheitsgebot”: in Germany you are not allowed to call a beer a beer if it contains anything besides the following four ingredients: water, malt, hops and yeast. So there goes all these fantastic beer styles using fruit, honey, or spices – you won’t be allowed to sell them as “beer” and need to call them funny names like “beer-like, alcoholic beverage fermented with fruits”.

Enlightenment, or rather the lack of enlightenment, probably is the main reason why craft beer didn’t happen any earlier in Germany: being able to choose from quite a large range of breweries that are actually selling decent beer made most of us, drinkers and brewers alike, think that we were blessed to live in the land of good beer – if not the land of the best beer. Ever. Period.

Around 2012, however, a few brewers took inspiration from abroad and started experimenting with different beer styles that were not at all common on German beer shelves. Especially in Berlin, the capital, with all its expats and tourists from craft beer countries, a pretty lively craft beer scene started to develop in less than a year. There are about a dozen craft brewers by now plus a good handful of craft beer bars, several craft beer events during the year, and more and more “Spätis” (typical Berlin corner stores) stocking up on craft beer. No wonder craft beer heroes from abroad, like Brew Dog and Stone Brewing, chose Berlin to start their German branches.

But all over Germany, in Hamburg and around Munich, as well as in many smaller places in between, craft beer business are popping up. Compared to the UK or the US there’s many more professionals amongst the craft brewers, more trained brewers than homebrewing amateurs. That means their technical skills are extremely high – but sometimes they might lack the bold easiness of an amateur who just tries and sees how it works: “So why don’t we put in some pineapple…?” – It’s hard for a trained German Reinheitsgebot-brewer to think like this.
But we are getting there. Germany’s craft beer scene is constantly growing and becoming more adventurous. And it is ready to show you craft beer folks abroad what it can brew. 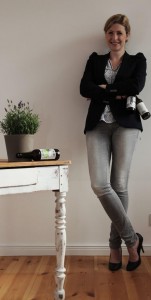 Nina Anika Klotz has been drinking beer for pretty much half of her life. As she comes from Bavaria, she never had a doubt that she was drinking good beer, if not even the best beer in the world. That she was wrong, she found out in 2012 when she discovered craft beer while working as a food & drinks journalist. She learned about beer styles, fell in love with IPA, and started drinking Lambic with great joy. And she realized that there’s more to a bottle of good beer than its contents. There’s people behind a good beer, and those people almost always have a good story to tell. In fall 2013 she launched Hopfenhelden (meaning “Hops Heroes”) as Germany’s first online magazine about craft beer.
When she’s not working on German craft beer magazine Hopfenhelden, Nina Anika Klotz writes as a freelance journalist for various publications including Zeit Online, Capital, and Effilee, among others. She lives in Berlin with her husband and daughter.

Ideas, comments or any kind of feedback is well received on nina@hopfenhelden.de